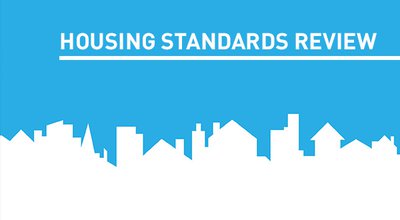 In 2010 the government announced the need for an industry led review of housing standards, tasked with simplifying the process.  There are four main areas under examination; water, energy, accessibility and security.  The industry led initiative concluded that as much as possible needs to be put into the building regulations.  There needed to be a clearer separation of planning policies and technical standards.

The housing standards review was a fundamental review of the building regulations framework and voluntary housing standards.  It aimed to significantly rationalise the large number of codes, standards, rules and regulations that currently exist.  The present system is very complex and burdensome.  It requires expertise to traverse efficiently and places unnecessary and unfair costs on the industry which only serve to delay development, or in the worse cases make development unviable.

The consultation closes on 22nd October 2013 and then the government will begin to formulate their response.  Together, with other partners and industry leaders will look to implement a review of standards.  The review has the great potential to reduce cost and increase efficiency in the industry.

Alongside the government consultation the parallel report of the Challenge Panel Report has been published on the Independent Reports section of the government website here.

“The government welcomes views on the following strategic options;

HBF has argued strongly that option 3 is the right approach and we will continue to do so.

Finally, the ground covered by the Review also raises the question of the future of the Code for Sustainable Homes.  The consultation document does not approach this question as a specific headline topic, but the overview does state (paragraph 40) that:

“With regard to the Code for Sustainable Homes, as already noted this has been considered as part of the review.  Where there are significant issues for carrying forward, these have been reflected in the consultation proposals.  In light of that, and the outcome of this consultation, the government proposes to wind down the role of the Code.  We will put in place transitional arrangements to ensure that contractual commitments under the Code can be properly covered.”