The Barker Review of Housing Supply was commissioned by the Chancellor and the Deputy Prime Minister in March 2003. An Interim Report was published on 10 December 2003 and the Final Report, which included 36 recommendations, was released on 17 March 2004.

The Barker Review section of the HBF web site is subdivided into five sections. Under General, you will find general information about HBF’s response to the Barker Review, including regular Progress Reports and presentations from HBF’s Barker conferences. Under the four special sections, Customer Satisfaction, Design, Modern Methods of Construction (MMC) and Skills, you will find information specifically about HBF’s response to the four Barker recommendations directed at the house building industry. 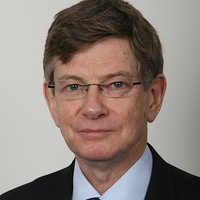 HBF response to changes to the current planning system: Consultation on changes to planning policy and regulations Representations