For the key question on which the company star ratings are based, 91% of respondents said that they would recommend their builder to a friend, consistent with last year’s score and up by 7% in the last five years. The industry achieved a Net Promoter Score of 45 from the survey, up 3 points on last year. Other notable scores include;

“The survey results show that the industry is increasingly delivering very high levels of customer service. Achieving such high levels of customer satisfaction underlines the commitment of house builders to drive improvements through their businesses that deliver positive customer outcomes. With the imminent introduction of a new industry Consumer Code and a New Homes Ombudsman service, the industry is wholly focussed on making the further necessary changes to ensure it complies with the new demanding requirements. These should see further improvements in customer satisfaction levels moving forward and provide new build buyers with even more confidence in their builder and new home."

“To achieve a 5-star rating whereby over 90% of a builder’s customers would recommend them to a friend demonstrates the commitment of the company to its customers and is a significant achievement.” 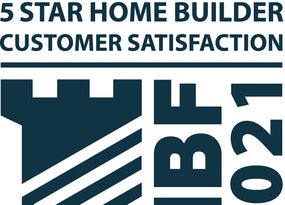