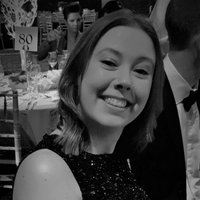 ..but undersupply of new homes means area is missing out on further benefits

A new report released today, based on research carried out by Lichfields for the Home Builders Federation (HBF), shows the huge contribution house building is making to the Cambridgeshire & Peterborough economy[1]. The 4,203 new homes built in the combined authority area over the last year, generated over £713 million of economic activity alongside a broad range of additional social and economic benefits including local jobs and contributions towards infrastructure provision.

However, the report also highlights that the area is missing out massively on further investment and benefits as it is not building anywhere near the number of homes actually needed by its communities. The Non-Statutory Spatial Framework identified a target of 5,000 new build houses per year, whilst the area lags well behind the UK average increase in housing supply of 78% since 2012, delivering just a 34% increase.

As well as being a major employer and supporter of local supply chain businesses, new developments make significant contributions towards local infrastructure and amenities through development taxes. The benefits that house building brings are major. The report shows that in 2017/18, house building in the area;

The report also underlines the impact the Government’s Help to Buy scheme is having in the region. Over 4,100 properties have been purchased using the scheme across Cambridgeshire & Peterborough since its launch in 2013, with 79% of those purchases coming from first time buyers. This is 2% less than the national average.

Since the scheme launched, home building has increased by 118% in Cambridge. Huntingdonshire delivered a massive 67% increase in housing over this period, followed by 39% in Fenland. A decrease was shown in Peterborough and East Cambridgeshire.

Stewart Baseley, Executive Chairman at the Home Builders Federation, said; “For too long the vast social and economic benefits of house building have gone unnoticed in our communities. This research shows that the home building industry is delivering much more than bricks and mortar and by working with local authorities, it is helping to provide a massive economic boost to the Cambridgeshire and Peterborough region. Over the last five years house building has given the economy a £713m shot in the arm and provided much-needed additional funding for local schools and community facilities.

If the area increased house building to the levels actually required it would reap the additional benefits. Building much needed homes provides significant social and economic benefits both for new and existing residents.”

If the Government’s target of building 300,000 homes per year was achieved it would mean an extra 930,000 jobs created across England, and a massive £8.32bn pumped into new affordable housing.