Inclusion is part of diversity and equality and is the culture where people from a variety of backgrounds can come to work and feel comfortable and confident. Inclusion is making everyone feel valued and in return adding value for the organisation they work for.

With the coronavirus pandemic meaning more of us are working from home, it is more important than ever that we celebrate and share learning on how we can promote an inclusive workplace and retain a wide diversity of talent. Below we have shared some of the good work our homebuilders are doing to create more inclusive workplaces. If you would like to share your inclusivity stories, please email skillspartnership@hbf.co.uk

L&Q believes that the more diverse they are as an organisation, the stronger they are. This film shows the steady progress L&Q are making to bring diversity and inclusion to the heart of everything they do. L&Q are committed to building a culture of inclusion where everyone can flourish. 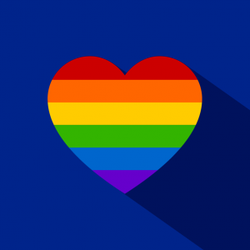 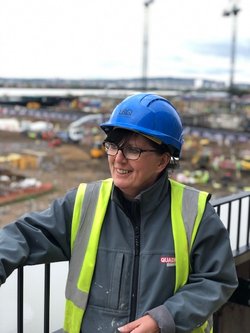 Read all about how a single mum has become an apprentice electrician at L&Q after joining a course designed to get more women working in construction. Click on the link below to find out more.

Carolann McFadyen has become an apprentice electrician after joining a course designed to get more women working in construction.

Carolann McFadyen was a single mum working to make ends meet when she came across one of our apprenticeship programmes. Three years on, she’s now working on our Barking Riverside development in east London – and was even nominated for a prize at the London Construction Awards last year.

“I really do love every minute of it,” she says. “I was having to work in a job I didn’t enjoy before because I had my son to support.”

Things have been very different since she started her apprenticeship.

“Now I actually look forward to coming in to work every day,” she says.

Before starting, she admits she was slightly apprehensive about taking a role in a male-dominated industry – but she quickly realised she had nothing to worry about.

“I’ve never felt intimidated or anything like that,” she says. “It’s a very supportive atmosphere here.”

Carolann hopes her story will encourage more women to follow her lead and think about a career in construction.

“Forget about the glass ceiling – and reach for the stars and beyond.”

Being nominated for an award last year was great recognition for her of how well she’s done – but it’s still her son’s reaction to her achievements that has touched her the most.

“He’s just turned 16 and enrolled in college and he is over the moon,” she says. “He said, ‘Who would have thought a single mum would end up doing what you’ve done?’”

He’s made her as proud of him as he is of her.

“I’m proof that if you put your mind to something you can make it happen,” she says, “and the best part of all this is seeing that I’m inspiring him as well.”

If you’re interested in apprenticeship opportunities or want some help looking for work, the L&Q Employment Support team can help you.

They’re always receiving new roles from employers, including TfL and the NHS.

To get in touch, email the team at employmentsupport@lqgroup.org.uk

Recently, St. Modwen put out a call for new members to join the Diversity & Inclusion Working Group to help achieve the ambition of becoming a more inclusive business. Rachel Doherty – Recruitment Advisor asked 2 of the group’s newest members, Sezer and Jenna who both work within St. Modwen Homes to tell her more about why they were keen to join the group and what they hope to achieve, read their interviews below:

Hi, I’m Sezer, I’ve been with the company for approximately 14 months. I have recently changed roles and now work as a Regional Engineer within St. Modwen Homes.  I am responsible for environmental, quality, adoption agreements and temporary works.

How were you selected to be a member of the St. Modwen D and I Working Group?

The reason I joined St. Modwen Homes was partly due to seeing the organisation outwardly promoting Diversity and Inclusion on the website. This helped me decide they were the right company for me to join – when the opportunity arose for volunteers for the Working Group I applied and am over the moon to be able to give back to the group.

Why did you personally feel it was important to be a part of the group?

I strongly believe that Diversity and Inclusion is not just for the corporate face of office environments, but is something which should be championed on sites across the construction industry, as someone who works across all St. Modwen Homes sites in the Northern region, I know I can represent the Working group at the “coal face”.

What are the main aims of the group from your perspective?

To celebrate diversity and the richness this brings to the working environment. Making St. Modwen Homes a safe place for all so they can bring their best to the workplace.

What would you say to someone who felt that House Building wasn’t an inclusive industry to be employed in?

Historically I would say that Construction Industry as a whole had a lot of prejudice within a number of diverse groups, LBGT, ethnic and gender. I feel it’s important for me to be visible across our sites to help break down those barriers so that the next generation can have material change. 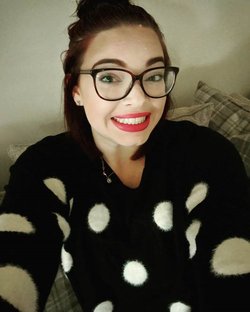 I’m Jenna, I have been working for St Modwen Homes for 3 and a half years and I am a Trainee Quantity Surveyor

How were you selected to be a member of the St. Modwen D&I Working Group?

I applied for the role after seeing an internal communication from Group HR Director.

Why did you personally feel it was important to be a part of the group?

As a more “mature” trainee Quantity Surveyor (I’m 32), a student, a woman and a single parent I feel that I would have an important overall view on these subjects which come up quite regularly in this industry.

What are the main aims of the group from your perspective?

To make sure that as a company everyone who works for St Modwen, is employed based on their skills and that nothing is held against them negatively, i.e. skin colour, race, religion etc and that we celebrate these differences.

What would you say to someone who felt that House Building wasn’t an inclusive industry to be employed in?

In general, I would say House Building is an inclusive industry, certainly based on the people I have met whilst working at St. Modwen Homes. However, I feel that there’s still a long way to go in bridging the “battle of the sexes” gap.

All evidence proves that organisations focused on building a more inclusive culture attract and retain a wider diversity of talent -  What is Inclusion in the Workplace?