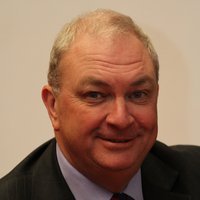 Stewart Baseley has been on the board of HBF since 2002 and has served as its Executive Chairman since 2006.

After overseeing a strategic review of the organisation’s entire operation, he has positioned HBF as a highly respected and influential representative body. This has enabled HBF to secure a range of Government stimulus measures for the industry, most notably Help to Buy, and ensures relevant policy decisions, particularly with regards to Planning, Regulation and Sustainability, reflect house builders concerns.

In addition to his duties for HBF Stewart is a non-executive board member of H+H in Denmark and is Chairman of Housebuilder Media Ltd and Troy Homes. He is also a consultant to Highlander Partners and a patron of the Children with Special Needs charity.

Stewart began his house building career with Crest Nicholson in 1983 before moving to Charles Church, where he became CEO in 1990, a position he held for eight years. During that time he oversaw the sale of Charles Church to Beazer Group in 1996 and subsequently joined the Beazer PLC Board where he had additional responsibility for Beazer Strategic Land. In 1998 he became Chairman and CEO of Centex UK which in 1999 acquired Fairclough Homes. In 2005 he oversaw the sale of Centex UK to Miller Group, following which he assumed day to day responsibility for HBF as well as perusing other business interests. 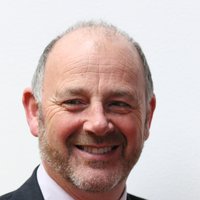 Peter Andrew is Deputy Chairman of HBF and has a wealth of industry experience and an indepth understanding of the issues affecting house builders.

Peter started life as a Company Trainee QS at George Wimpey and during a career spanning 40 years progressed to become the UK Land and Planning Director - and a board member - at national housebuilder Taylor Wimpey UK. He was also one of the four practitioners who helped draft the National Planning Policy Framework for then Planning Minister Greg Clark.

Peter is also a Council member of the NHBC and Chairman of Burrington Estates – a West Country developer and advises a number of developers including Dorchester Group. 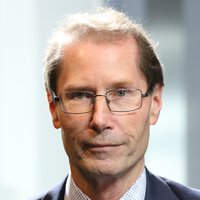 John Slaughter is Director of External Affairs for the Home Builders Federation.

John has a general representational role at HBF and is also responsible for a wide range of policy issues at both national and regional level. He leads on political liaison for HBF, including representations on major legislation and regulatory change, and helps provide HBF’s media comment. He has particular policy responsibility for skills, urban design and sustainability issues, including the Government’s zero carbon homes objective. He is a member of the 2016 Task Force which oversees work on the zero carbon objective and has also been a member of the steering group for the current Technical Housing Standards Review.

He formerly worked in the oil and gas industry and as a civil servant at the Department for Trade and Industry. John is married with two sons. 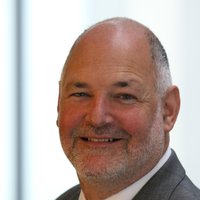 Andrew Whitaker MA MRTPI FRSA is the Planning Director of the Home Builders Federation (HBF). Andrew, who joined the Federation as a regional officer in 1994, has over 30 years experience as a town planner in both the public and private sector, specialising in the formulation and implementation of both planning and housing policy.

Having worked in both local government and private practice Andrew uses this cross sector experience to advise the housebuilding industry and liaise with central and local government through formal representations, sounding boards and working groups on a plethora of planning and housing issues.

David represents HBF in policy discussions across Whitehall and beyond to ensure that the future policy environment is favourable to the industry. As well as responsibility for HBF’s research, he has produced analysis and policy reports on a range of subjects, including the historic decline of SMEs in the housebuilding sector, the weakness of headline housebuilding statistics, the changing nature of housing supply, the economic benefits of increased housing output and various pre-election policy publications.

David joined HBF in 2013, initially as Deputy Director of External Affairs. After graduating from the London School of Economics, he worked for the Conservatives, specifically as an adviser to then Shadow Culture Secretary, Jeremy Hunt MP and subsequently the Shadow Housing Minister, Grant Shapps MP. He has also advised council leaders in London on housing, finance reform and government relations.